“When we first met he was brilliant…

but then things started to change.” 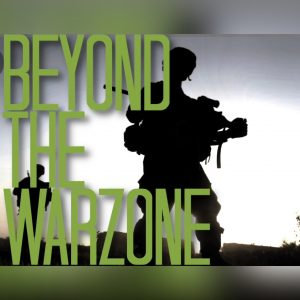 “Outstanding!  Had the audience on the edge of their seats.”

‘Beyond the Warzone’ is an innovative Applied Theatre play that raises awareness around coercive control and domestic abuse within the armed forces community.

The play has been developed in consultation with Army Welfare Services and with numerous service providers that work with military personnel and their families, to target it at the armed forces community.  It has toured to numerous military settings and proven highly effective at raising awareness and kickstarting conversations around this complex issue.

It tells the story of Sam and her relationship with her partner Pete, who was in the military.  How they met, how they fell in love, how Sam enjoyed and came to depend on being part of the armed forces community and how the control & abuse gradually started.  Sam’s story is played out in an attempt to understand what happened to her, how others could have spotted what was going on and helped and how the tragic ending could have been prevented.

After watching audiences will:-

Show Title Beyond the Warzone