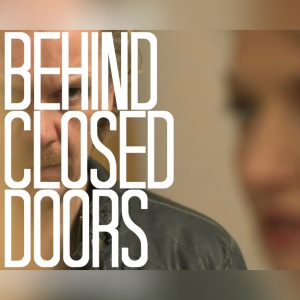 “The production provided by AlterEgo was very powerful and moving. It highlighted strongly the devastating impact that Domestic Abuse & Violence can have. The novel and original way that the actors put across their story highlighted the horror, fear and distress that such incidents and situations can invoke. AlterEgo have supported the City of London Police with similar campaigns, all of which have been relevant, affordable and always achieve the objective being sought.”

“A thought provoking piece of theatre which highlighted what goes on behind closed doors. What AlterEgo have produced is a clever reflection of what domestic abuse looks like, which I hope can be used to train staff and help agencies to fully understand risk and safeguard vulnerable victims of high risk crimes.

‘Behind Closed Doors’ is an Applied Theatre production that was developed to raise awareness around the issues surrounding Domestic Abuse and Coercive Control. The production is followed by an actor facilitated post-show talk exploring the issues raised.

It was originally commissioned by the City of London Police in response to the HMIC ‘Everyone’s Business’ report into improving the Police’s response to Domestic Abuse and was used as part of their officer training. It tells the story of Anna. Anna was smart, had a good job and had fallen in love with Jay. Unfortunately Jay was not all that he seemed to be. He was controlling, manipulative and violent. Anna’s story is played out and examined in an attempt to understand what happened to her, how others could have helped and how the tragic ending could have been prevented.

The play has been seen by hundreds of police & professionals around the UK has proven highly effective at covering:-

On the 18th February 2016 extracts from ‘Behind Closed Door’ were used by the ITV Tonight Programme to help illustrate the narrative around coercive control and domestic abuse. Several clips of the play were also used on the ITV website as part of a ‘how to spot the signs’ section, viewable here.